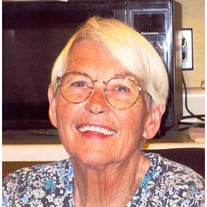 Bonita Ann (Betz) Oliver, 73, of Point Pleasant, passed away Wednesday, November 27, 2019. She was born October 21, 1946, in Gallipolis, OH, a daughter of the late Robert S. Betz and Virginia Kathryn (Stone) Betz. Bonita attended the Wesleyan Church in Point Pleasant. She was a graduate of Gallia Academy Class of 1964 and attended Rio Grande College and Marshall University.  During her working career she was a loan officer for Citizens National Bank, BB & T Bank and Peoples Bank in Point Pleasant. In addition to her parents, she was preceded in death by two brothers, Steven R. Betz and Gordon Scott Betz. She is survived by her husband of 52 years, Clifford "Mick" Oliver; two daughters, Michelle Renee (Larry) Litchfield and Teresa Lynn Oliver of Point Pleasant; a son, Brian Stanley "Mark" (Amber) Oliver of Point Pleasant; and grandchildren, Garrett B. Litchfield, Mark Allen Oliver, Matthew Litchfield, Dixie Oliver and Abigail Oliver. She is also survived by a brother-in-law and sister-in-law, Slug and Dianna Oliver; sister-in-law, Judy Betz; niece, Christy Haning; and nephew, Clint Betz. A graveside service and burial will be 11 a.m. Friday, November 29, 2019, at Suncrest Cemetery in Point Pleasant, with Pastor Mark Oliver officiating. In lieu of flowers for those considering an expression of sympathy, donations may be made to: Hickory Chapel Church, 341 Carlee Drive, Point Pleasant, WV 25550. Arrangements are under the direction of Wilcoxen Funeral Home in Point Pleasant. Condolences may be expressed to the family and memories may be shared by visiting www.wilcoxenfuneralhome.com.

The family of Bonita Ann Oliver created this Life Tributes page to make it easy to share your memories.

Send flowers to the Oliver family.