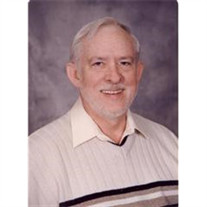 Michael J. McGinnis, 70, of Gallipolis, OH, died Friday, August 24, 2012 at The Ohio State University Medical Center in Columbus, OH. He was born September 15, 1941 in Huntington, WV, a son of the late Roy and Muriel "Mimi" McGinnis. He earned a B.S. Mechanical Engineering/Naval Architecture degree from Virginia Polytechnic Institute from 1959-1963. He began his medical education at West Virginia University earning his Doctor of Medicine (M.D.) from 1965-1969. Then from 1969-1970 completed his Pediatrics Internship at the West Virginia University Medical Center. While at WVU he was ranked 1st academically in the graduating medical school class of '69 and was the recipient of the Lange and Roche Award for academic excellence. He completed his medical training with a four-year General Surgery Residency at the U.S. Naval Regional Medical Center in Great Lakes, Illinois from 1970-1974. He proudly served in the United States Navy. During his time in the military he was awarded the U.S. Navy Commendation Medal in 1976, held the position of Staff Surgeon at Naval Regional Medical Center, Charleston, South Carolina, and General Surgeon and Director of Clinical Services, on the USS Nimitz. After serving his country he practiced medicine in many locations helping countless people. Michael's practice of medicine took him to Kansas from 1979 to 1987, where he worked in General Practice and Surgery, was a full- time managing partner of the Southwest Clinic in Dodge City, and later became a full- time Emergency Physician at a Level II Trauma Center in Garden City. Also, during this time in Kansas, he became Medical Director of the Kansas State Soldier's Home, member of Kansas Foundation for Medical Care, and other Medical Associations. In 1987, he assumed the position of Staff Emergency Physician at Pleasant Valley Hospital in Point Pleasant, WV. Later, he would accept in August of 1993 the position of Staff Physician in Family/General Practice at HealthCare of Gallipolis Ferry for Pleasant Valley Hospital. Beginning in 1994, he became Medical Consultant for two Gallipolis, Ohio group homes operated by Buckeye Community Services. In 1999, he left PVH and opened a private health care practice still in Gallipolis Ferry . While practicing medicine in the Point Pleasant area he served as member of the Board of Directors and Medical Consultant to Green Acres Regional Center in Lesage, WV, participated in monthly Family Planning Clinic at the Mason County Health Department and made house calls for patients who could not come to the clinic. He also served as Chairman of the Board of Directors of Mason County Emergency Ambulance Authority and served as Medical Director of Mason County EMS as well as County 911. In addition to his parents, he was preceded in death by a brother, David H. McGinnis; and sister, Carolyn June McGinnis. Michael is survived by his wife, Sherry (England) McGinnis of Gallipolis, OH; son, Ian McGinnis of Atlanta, Georgia; son, Kevin McGinnis of Olathe, Kansas; daughter, Paula (Eric) Clary of Gallipolis, OH; daughter, Faustina (Todd) Bowen of Point Pleasant, WV; son, Pete Leon of Point Pleasant, WV; son, John (Johnna) Leon of Charleston, WV; and grandchildren, Zach Leon, Kylie, Carson and Ashleigh McGinnis, Michaela and Wyatt Clary, Garrett and Grant Safford, Brody and Luke Bowen, and Owen and Brooklyn Bowen. A funeral service will be held at 11 a.m., Thursday, August 30, 2012 at Wilcoxen Funeral Home in Point Pleasant, WV, with the Rev. Marc Sarrett officiating. Burial will follow at Ridgelawn Cemetery in Huntington, WV where military graveside rites will be given by U.S. Navy Honor Guard and American Legion Post No. 23 of Point Pleasant. Visitation will be from 6-8 p.m., Wednesday at the funeral home. Online condolences may be made at www.wilcoxenfuneralhome.com.

The family of Dr. Michael Jon McGinnis created this Life Tributes page to make it easy to share your memories.

Send flowers to the McGinnis family.