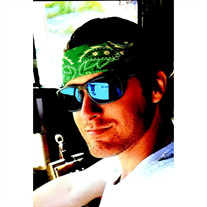 Jeremy David Legg, 28, of Anchorage, Alaska, formerly of Gallipolis Ferry, died Tuesday, February 25, 2020, in Atchison County, Missouri from injuries received in an auto accident. He was born April 8, 1991, in Gallipolis, OH, a son of Michael Douglas Legg and Deborah Sue (Blake) Legg of Gallipolis Ferry. Jeremy was a graduate of Point Pleasant High School Class of 2009 and a truck driver. He was preceded in death by a son, Spencer Jay Legg and paternal grandparents, Ed and Maxine Legg. In addition to his parents, he is survived by a sister and brother-in-law, Natasha Nicole and Chad Roush of Wasilla, Alaska; brother and sister-in-law, Christopher Michael and Donna Legg of Leon;  nephews, Zachary and Jake Roush of Wasilla; nieces, Allison and Ashley Legg of Leon; maternal grandparents, Hanley and Caroll Blake of Gallipolis Ferry; a special friend, Anjela Nelson of Alaska and several aunts, uncles and cousins. A funeral service will be 1 p.m., Tuesday, March 3, 2020, at Wilcoxen Funeral Home in Point Pleasant, with Luke Swiney and Nathan Dewitt officiating.  Burial will follow in the Apple Grove Memorial Gardens at Apple Grove.  Visitation will be from 6-8 p.m. Monday at the funeral home. In lieu of flowers, memorial contributions may be made to: Ohio Valley Bank, 328 Viand Street, Point Pleasant, WV 25550, in "Memory of Jeremy David Legg Scholarship Fund",  for his nieces and nephews. Condolences may be expressed to the family and memories may be shared by visiting www.wilcoxenfuneralhome.com.

The family of Jeremy David Legg created this Life Tributes page to make it easy to share your memories.

Send flowers to the Legg family.