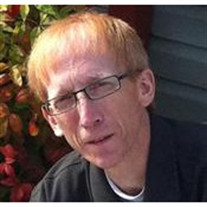 Jon Fitzgerald Burris, 43, of Gallipolis, OH, died Saturday, September 7, 2013 at his home with his family by his side. He was born September 3, 1970, in Gallipolis, OH, a son of John Vernon Burris II and Linda Diane (Fitzgerald) Burris of Point Pleasant. Jon was a 1989 graduate of Point Pleasant High School and received his BBA in Accounting from Marshall University in Huntington, WV, where he graduated with honors. Upon graduation from Marshall, Jon worked in public accounting and later worked in private industry. His professional memberships include the American Institute of Certified Public Accountants (AICPA), the Ohio Society of Certified Public Accountants, and the West Virginia Society of Certified Public Accountants. He was currently serving on the Board of Directors for the Gallia County Chamber of Commerce and enjoyed coaching his son's soccer and baseball teams. Jon was a member of the Point Pleasant Gun Club in which he loved to shoot and spent many hours on the range with his friends and teaching his son the responsibility of handling guns. Jon was an avid cyclist. As the President of The Ohio Valley Bicycle Club, Jon started the Relay for Life "Ride for Life" Fundraiser benefitting the Gallia County American Cancer Society for which he received multiple recognitions. In addition, he also started the Bob Evans Farmhand mountain bike race listed on the Bob Evans Farms Inc. national calendar of events. He also participated in the First James Cancer Center Pelotonia to raise money for cancer awareness. Jon was a great friend, a wonderful storyteller, and a dedicated father among so many other positive traits. He was preceded in death by his maternal grandfather, S. Paul Fitzgerald; paternal grandparents, John V. and Dorothy Burris. In addition to his parents, Jon is survived by his son; Brayden Fitzgerald Burris of Gallipolis; mother of his son, Shayna Chapman Burris of Gallipolis; one sister, Lana Renee Massey of Black Mountain, NC; nephew, Jacob Nix of Black Mountain, NC; great niece, Sydney Nix of Black Mountain, NC and maternal grandmother, Lillian Fitzgerald of Point Pleasant. A funeral service will be held at 11 a.m., Wednesday, September 11, 2013 at the Wilcoxen Funeral Home with Pastor Jon Pinson officiating. Burial will follow in the Kirkland Memorial Gardens in Point Pleasant. Visitation will be from 6-8 p.m., Tuesday at the funeral home in Point Pleasant. In lieu of flowers, memorial contributions may be made in memory of Jon to the Gallia County or Mason County Relay for Lifes. Online condolences may be made at www.wilcoxenfuneralhome.com

Jon Fitzgerald Burris, 43, of Gallipolis, OH, died Saturday, September 7, 2013 at his home with his family by his side. He was born September 3, 1970, in Gallipolis, OH, a son of John Vernon Burris II and Linda Diane (Fitzgerald) Burris of Point... View Obituary & Service Information

The family of Jon Fitzgerald Burris created this Life Tributes page to make it easy to share your memories.

Send flowers to the Burris family.