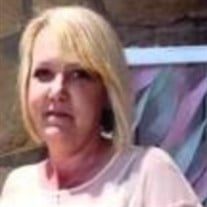 Mariessa Kelly Arthur, 51, of Leon, passed away suddenly at her home Monday, June 14, 2021. Kelly was born August 9, 1969, in Gallipolis, Ohio, the daughter of Barbara (Barnette) Roush and the late Donald E. Roush. In addition to her father,... View Obituary & Service Information

The family of Mariessa Kelly Arthur created this Life Tributes page to make it easy to share your memories.

Mariessa Kelly Arthur, 51, of Leon, passed away suddenly at her...

Send flowers to the Arthur family.