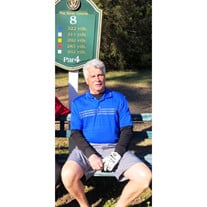 Richard D. "Rick" Tolliver, 73, of Point Pleasant, passed away Monday, May 4, 2020, at Pleasant Valley Hospital, in Point Pleasant. He was born September 23, 1946, in Ashton, a son of the late John "Don" Tolliver and Lola Belle (Scarberry) Tolliver. In addition to his parents, he was preceded in death by three brothers, Charles, Leo and Kenneth Tolliver. Rick was the owner of Tolliver's Pre-Owned Auto Center in Point Pleasant and a retired boilermaker from Boilermakers Union 667 in Winfield.  He was a graduate of Hannan High School Class of 1965 and served his country in the United States Army.  During his time in the military, he was a member of an elite group called the "Screaming Eagles". This group was from the 187th Airborne Infantry Regiment (Rakkasans) of the 101st Airborne Division of the Army.   Rick was a guy who loved to talk and never met a stranger.  He loved his grandkids and followed them to events wherever their sports led.  He had a passion for the game of golf and was a WVU sports fan.  Rick will be missed by all that knew him. He is survived by his wife, Rosetta (Mayes) Tolliver of Point Pleasant; sons, Richard Travis and Erin Tolliver of Point Pleasant  and Trenton Kyle Tolliver and Rose Walburn of Point Pleasant; and grandchildren, Karson, Bella, Alexa, Lola and Zayden Tolliver.  He is also survived by a brother, Lester (Wilma) Tolliver of Lesage; five sisters, Eileen Wray of Columbus, OH, Avalee (Belford) Saunders of Glenwood, Geraldine Price of Apple Grove, Charlotte Richardson of Ashton and Betty Sturgeon of Ashton; and father-in-law and mother-in-law, Harold and Viola Mayes of Gallipolis Ferry. A graveside service and burial will be 2 p.m. Thursday, May 7, 2020, at the Moore's Chapel Cemetery in Ashton, with Pastor Jonathan Pinson officiating.  Military graveside honors will be given by the West Virginia Army Honor Guard. Arrangements are under the direction of Wilcoxen Funeral Home in Point Pleasant. Condolences may be expressed to the family and memories may be shared by visiting www.wilcoxenfuneralhome.com.

Richard D. "Rick" Tolliver, 73, of Point Pleasant, passed away Monday, May 4, 2020, at Pleasant Valley Hospital, in Point Pleasant. He was born September 23, 1946, in Ashton, a son of the late John "Don" Tolliver and Lola Belle (Scarberry)... View Obituary & Service Information

The family of Richard Dale "Rick" Tolliver created this Life Tributes page to make it easy to share your memories.

Send flowers to the Tolliver family.