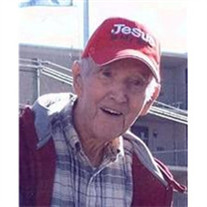 Thomas Lee Beckner, 79, of Point Pleasant, a loving husband, father, grandfather and brother, went home to be with his Lord on Wednesday, May 15, 2013, at St. Marys Medical Center in Huntington, WV. He was born January 30, 1934, in Henderson, WV, a son of the late Cobert Beckner and Ethel Ada (Henry) Beckner. Tom was a lifetime member of the Henderson Tabernacle Church, and was an ordained minister preaching at various churches. He retired from Mason County Board of Education, and was a bricklayer and member of Brick Masons Local No. 5 of Huntington, WV. He had also served in the United States Army during the Korean War. In addition to his parents, he was preceded in death by his wife, Mary Agness Beckner; one brother, David Joe Beckner and two infant brothers; one sister-in-law, Carol C. Walker; and a brother-in-law, Jim Hargraves. He is survived by two daughters, Sandra Lee (Tim) Mullins of Point Pleasant and Brenda Lee Browning of Point Pleasant; three grandchildren, Robert Wayne Lee Browning, Richard Wayne Lee Browning, and Mary Morghan Mullins; two great grandchildren, Austin and Luke Browning; one brother, Frank (Delores) Beckner of Point Pleasant; a sister, Mary Mae Boggess of Gallipolis, OH; a sister-in-law, Opal Beckner of Point Pleasant; four special sisters-in-law; and two special brothers-in-law. A funeral service will be held at 2 p.m., Saturday, May 18, 2013, at Wilcoxen Funeral Home in Point Pleasant with Rev. Bill "Sonny" Mayes officiating. Burial will follow at Kirkland Memorial Gardens in Point Pleasant with military graveside rites given by the West Virginia Honor Guard and American Legion Post No. 23 of Point Pleasant. Visitation will be held from 12-2 p.m., Saturday at the funeral home. Online condolences may be made at www.wilcoxenfuneralhome.com.

Thomas Lee Beckner, 79, of Point Pleasant, a loving husband, father, grandfather and brother, went home to be with his Lord on Wednesday, May 15, 2013, at St. Marys Medical Center in Huntington, WV. He was born January 30, 1934, in Henderson,... View Obituary & Service Information

The family of Thomas Lee Beckner created this Life Tributes page to make it easy to share your memories.

Send flowers to the Beckner family.