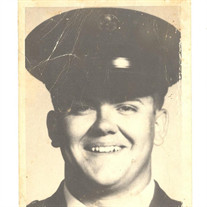 Robert Earl Board, Jr., 67, of Point Pleasant, passed away Tuesday, March 29, 2022, at Cabell Huntington Hospital following an extended illness. He was born May 27, 1954, a son of the late Robert Earl Board and Carolyn Sue (Hayes) Board. In addition to his parents, he was preceded in death by his brother, Bert Ferris Board; and stepdad, Walter Allen Hayes. Bob was a member of the Point Pleasant Moose Lodge 731, Stewart-Johnson VFW Post 9926 of Mason, American Legion Post 23 of Point Pleasant and a Wahama High School graduate. He served his country for four years in the Air Force and was a retired unit operator from Kyger Creek Power Plant in 2015 after 35 years of service. For those who knew him he loved hunting, fishing and just piddling around. He is survived by his wife, Lucinda Jordan of Point Pleasant; daughter, Carolyn Tereasa (Robby) Cundiff of Rutland, OH; son, Robert "Robbie" Lester Board of Hartford; five grandchildren; five great grandchildren; sisters, Susan Diane Petry of New Haven, Terry (Brice) Hysell of Nitro, WV, and Debbie (Cecil) Maynard of Racine, OH; brothers, James Paul (Lois) Board of Mason, and Johnny Scott (Robin) Board of Letart. He is also survived by a special niece, Trish (Nick) Stephens of Point Pleasant; special nephew, Jeremy (Barbara) Rickard of West Columbia; several nieces and nephews; and a special friend that was like a brother, Donnie Fowler of Mason. A funeral service will be held at 11 a.m. Saturday, April 2, 2022, at the Wilcoxen Funeral Home in Point Pleasant, with Pastor Nathan Fowler officiating . Burial will follow at the Kirkland Memorial Gardens in Point Pleasant, where military graveside honors will be given by the Stewart-Johnson VFW Post 9926 of Mason and the United States Air Force Honor Guard. Visitation will be from 5-8 p.m. Friday, at the funeral home. Condolences may be expressed to the family and memories may be shared by visiting www.wilcoxenfuneralhome.com.

Robert Earl Board, Jr., 67, of Point Pleasant, passed away Tuesday, March 29, 2022, at Cabell Huntington Hospital following an extended illness. He was born May 27, 1954, a son of the late Robert Earl Board and Carolyn Sue (Hayes) Board. In... View Obituary & Service Information

The family of Robert Earl Board Jr created this Life Tributes page to make it easy to share your memories.

Robert Earl Board, Jr., 67, of Point Pleasant, passed away Tuesday,...

Send flowers to the Board family.